QUANTUM COMPUTING AT YOUR FINGERTIPS

Humans have an innate and rather unique propensity for arrogance. Like our forefathers before us who had just invented the wheel, it is easy to believe that we are currently at the pinnacle of technological advancement. How could we not? 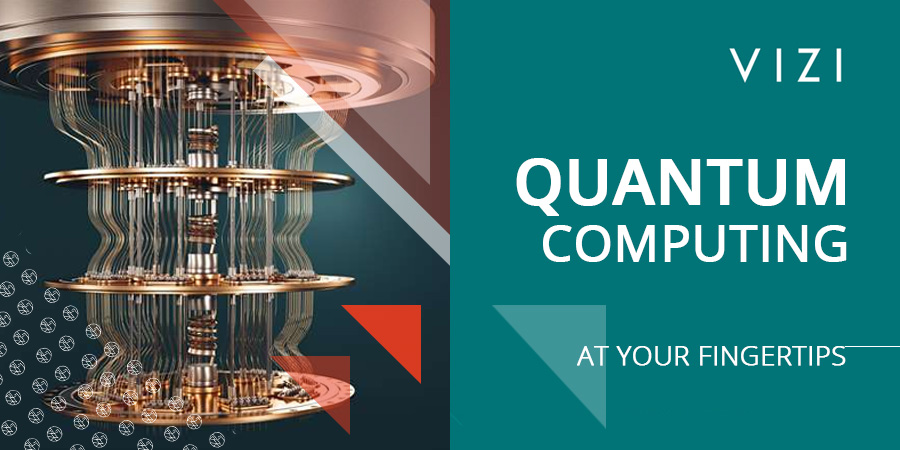 Cars are going faster, planes are flying higher and the device that you’re currently reading this article on was pretty much unfathomable to the generations before us. The thing about this arrogance though, is that it usually goes hand-in-hand with ignorance. We have absolutely no way of knowing what the future holds, especially in terms of technology. There is one thing that we do know for certain about our future, however, and that is that quantum computing will undoubtedly be a part of it.

Now you may ask yourself – what on earth is quantum computing? It certainly is a very intimidating phrase, and I won’t even bother to try to understand the math or science behind it, but the basic theory behind it is surprisingly simple. Once we understand that, we can also start to explore some of the possible functions of quantum computers and how they will start impacting our lives in the near future.

Let’s take a look at how far we’ve come – according to Moore’s Law, computing power has been increasing exponentially ever since the very first electronic computer was switched on by the clever minds at Moore School of Electrical Engineering at the University of Pennsylvania in the late hours of the Second World War. Computers have since then not only gotten more powerful, but also smaller and smaller, up to the point where transistors in modern computers are nearing the size of an atom. This presents an obvious problem – we can’t go much smaller than the smallest thing in the universe, meaning that we are fast approaching the physical limit of how smart a computer can be. This is where quantum computing comes in.

Transistors used by modern computers are similar to a light switch – they can either be on or off – meaning it can have an output of either 1 or 0 (otherwise known as a bit). Quantum computers, however, utilize something called quantum bits or qubits, which are subatomic particles with the logic-defying ability to be in both the 1 and 0 states simultaneously, known as a superposition (sort of like Schrödinger’s cat). The implications of this concept are monumental – where even the world’s most powerful supercomputer still has to solve a series of problems one at a time, a quantum computer can solve them all simultaneously. Practically, this means that if you wanted to find a single item out of a list of one trillion items, and each item took one microsecond to check, it would take a classical computer about one week to finish the task. A quantum computer would take one second.

The real-world applications of this level of computing power are nearly endless. A quantum computer would be able to run complicated simulations that could assist in fields such as artificial intelligence, machine learning, medicine, science and even socio-political issues such as poverty and climate change, including many more still of which we are not even yet aware. A meteorologist might, for example, be able to use a quantum computer to simulate multiple possible weather patterns for months and even years ahead with great accuracy, or a pharmacist might be able to simulate how thousands of different molecules interact with each other in order to develop a life-saving new medicine, a process that would be much more expensive and time-consuming if it had been done manually. Better batteries, improved cyber security and more accurate predictions of fluctuations in the financial market are only some of the possible applications for quantum computing that we can currently imagine.

Now, if like mine, your brain is currently in the superposition of simultaneously somewhat understanding the theory behind quantum computing and not understanding it at all, don’t worry. This field of research is still very much in its infancy and many of the smartest minds in the business are still struggling to wrap themselves around it. Although there are currently several actual quantum computers in existence, they are still extremely large and expensive, and have very limited application, as they are mostly still developed and owned by tech giants such as Google and IBM. Current predictions state that quantum computing will become a multibillion-dollar industry by the mid 2030’s, but a Chinese start-up company claims that they have plans to start selling desktop quantum computers costing less than $5,000 by the end of 2021.

How true any of these predictions and claims will turn out to be remains to be seen, but there is no doubt that quantum computers will have a major impact on our world within this lifetime, possibly even comparable to the change brought on by the classic computers we now use every day. This thought, although slightly terrifying, is extremely exciting and we should all be looking forward to the improvements that quantum computing will undoubtedly introduce to our general quality of life.

TAKE your company to the next level